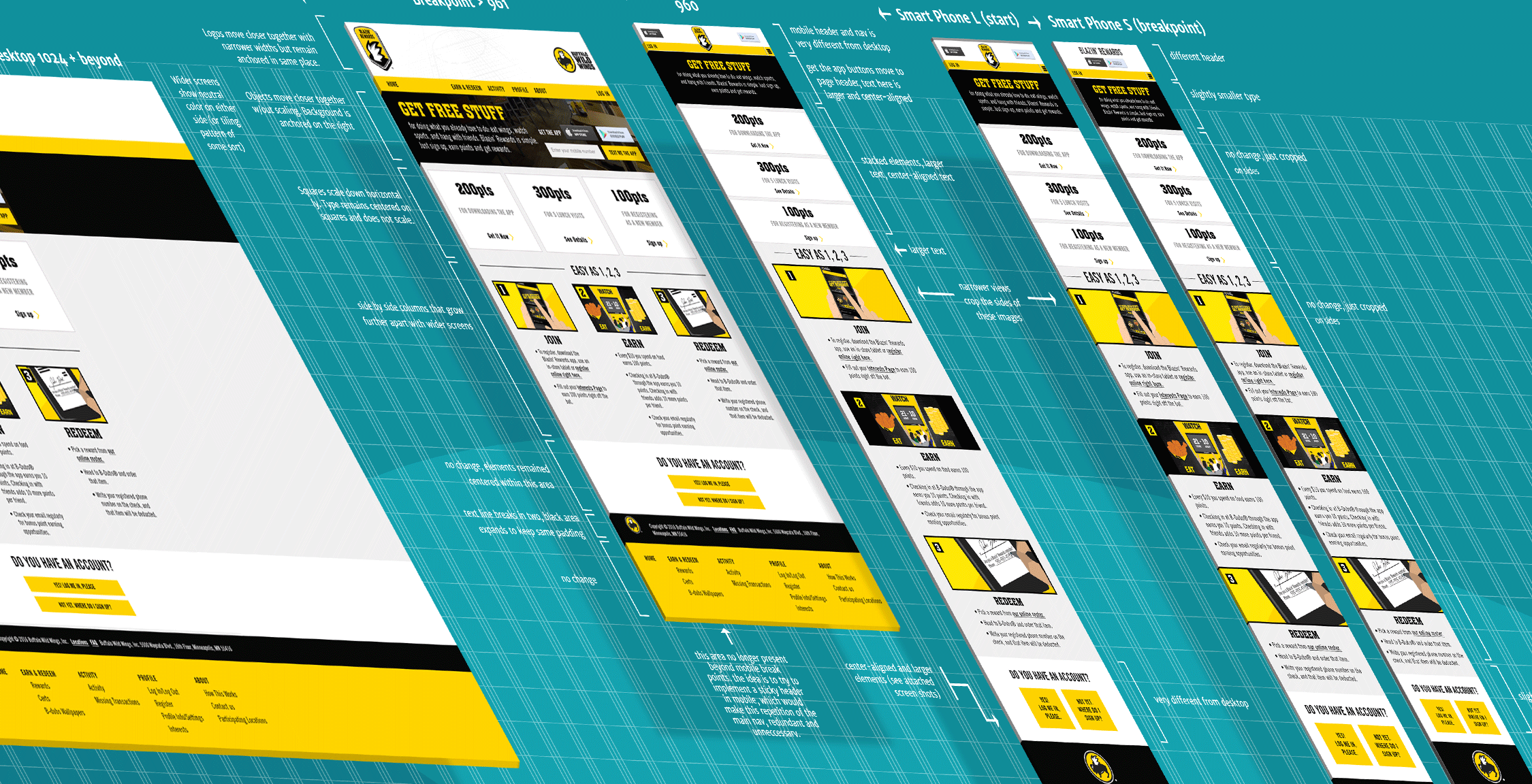 Buffalo Wild Wings was reinventing their Blazin’ Rewards loyalty program and, in doing so, had engaged Slalom to build a mobile app that could support all the necessary customer activity. A few iterations into the app development process revealed, quite clearly, that the existing Blazin’ Rewards site was too stagnated to serve as adequate support for the app. The team, then, decided to bring me in and asked me to design a solid responsive experience within six weeks of program launch.

The product strategist, the app designer and myself obtained a recommendation and the necessary permissions to visit one of the most “stereotypical” restaurants from the chain and shadow people in their “a day at Bdub” lives. Armed with a few tablets, we arrived at the location and proceeded to interview the staff and as many of the customers as we could. A few days of this provided sufficient information for a consolidated strategy which I then completed with a site audit and a competitive analysis. These informed an IA proposal and a set of wireframes, all of which lead to the final design.

A final visual-design complete with responsive breakpoint strategy (seen in beauty shot above) was delivered over staggered iterations to ensure the build made it in time (and on budget) for launch date. The site hit the shelf as planned, before EOD 2016, and is on its second successful consecutive year. It proved an instrumental player in the new and improved loyalty program redesign that Buffalo Wild Wings officially announced in June 2017.

After interviewing and shadowing users in the field, an audit of the exiting site and a comparison with the app shed light on the initial areas of opportunities. A few rounds of wireframe reviews with the client helped us zero-in on the final product, still running strong 2 years later.